COVER REVEAL FOR CREED by Leaver and Currie

I am thrilled to be one of the selected blogs to reveal the cover for Trisha Leaver and Lindsay Currie’s upcoming young adult horror thriller, CREED!! Make sure you grab a copy in November . . . before you lose your nerve. Pre-order it by clicking HERE!

Three of us went in.

Three of us came out.

None of us even a shadow of who we once were.

Trisha Leaver resides on Cape Cod with her husband, three children and one rather excitable black lab. She spent most of her childhood living inside her own mind, creating characters and stories that only a child’s imagination could dream up. She now spends her days breathing life into those characters, writing realistic fiction for young adults. Today, Trisha is a free-lance editor and a proud member of the SCBWI, YA Scream Queens, The Horror Writers Association, TheBookYards, and OneFourKidLit, a community of authors with debuts upcoming in 2014. More information about her solo and co-authored projects can be found at the links below. 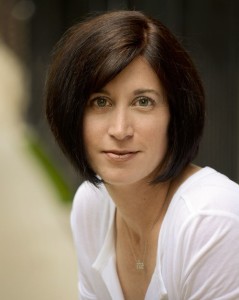 Lindsay Currie lives in Chicago, Illinois with one incredibly patient hubby, three amazing kids and one adorable, but irreverent Bullmastiff named Sam. She graduated from Knox College in the heart of the Midwest and has been writing for as long as she can remember. She is a freelance editor for young adult, new adult and middle grade fiction, and is a proud member of SCBWI, The Horror Writers Association, The YA Scream Queens, The BookYard and OneFourKidLit, a community of authors with debuts upcoming in 2014.

Dee Langley is seventeen and mere months away from total freedom and a life where state social workers, counselors, and foster parents don’t dictate her every move. She has spent years trying to eke out a normal existence, hiding from her past and walking the tenuous line between denial and self-preservation. A weekend away with her boyfriend, Luke, and his brother, Mike, seems like the perfect opportunity to forget and start over. Little does Dee know that she’s just trading one hell for another.

When an unexpected storm and a lack of gas force their car off the road, Dee, Luke, and Mike find themselves with no other choice but to wander into the nearby town of Purity Springs for help. But it’s not good Samaritans they find, but rather complete and utter silence, every store and every house abandoned. Forced to seek shelter in one of the deserted homes, they uncover a disturbing book with explicit instructions on how to correctly rear a child, complete with a hand written record of its use. It’s not until the next morning, however, that they discover the alarming truth – the town isn’t abandoned; it is populated by a deadly cult, and the leader, Elijah Hawkins, has plans for the three of them. The group’s only hope for survival lies in the hands of Elijah’s son, Joseph. But is Joseph really their ticket to freedom or is his game just as deadly as his father’s?

Mark it to read on Goodreads: https://www.goodreads.com/book/show/17720829-creed

2 Comments on “COVER REVEAL FOR CREED by Leaver and Currie”