I have a confession to make: I am a feminist.

I don’t need flowers, candle-lit dinners, or jewelry. I like to educate myself, never settle for just one line of thought, weigh my options without guilt, and jump in the ocean when the guide tries to spook me, declaring, “Those are Mexican piranhas!” Just for the record I did jump, and the fish DID have huge teeth, and nope – no one else, man or woman, joined me. It’s probably a miracle I’m alive.

As a feminist, I also don’t expect for a man to step aside and let me go first (though I will admit they often hold doors open for me, whereas women let the same doors slam in my face). I do appreciate the kindness, don’t get me wrong! I just don’t think because I sport a bra and ovaries, that they HAVE TO open the door for me.

So, when I first added a stop to the school bus I drive for two middle school students (a boy and a girl), I wasn’t really paying attention when the girl got on the bus first. You see, they are the only two kids at this one particular stop and they are neighbors, separated by five houses. It was a 50/50 shot who got on the bus first . . . or so I thought.

It could be five-degrees out or pouring rain, and this young boy would stand aside to let 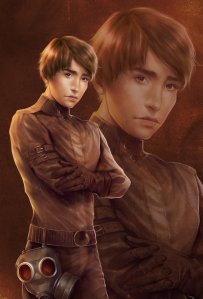 Then one afternoon, on the way home, he didn’t realize she was on the bus. She was seated five seats behind him, chatting with her friends. He was in his own seat, enjoying his friends, when their stop arrived. He got up, gathered his things, and stepped into the aisle. At some point he saw her, behind him, and he STEPPED BACK into someone else’s seat, apologized, and gave her a nod as she walked PAST him.

Understand, this young girl isn’t some queen bee. In fact, I don’t think she expects the act of chivalry at all. But this boy does it, every time, without fail. EVERY TIME.

After they get off the bus, she goes to one side of the road and he goes to the other where his house is. As I drive away, he stands and waits for the bus to move to reveal the girl again. I watch in my rearview mirror as they wave to one another and smile. Then they go their separate ways.

One bitter-cold day, as I left them on their opposite sides of the street, the girl realized the sidewalk was 10″ deep with snow, and she had a distance to walk. The boy, however, was standing in his plowed driveway. When he saw her looking down at the snow, he walked back across the street and said something to her. As I rounded the corner, leaving them out of my sight, I saw them walking together, in the near zero temperature, to her house. He was escorting her home as they walked in the street, even though his own house, so warm and toasty, was just feet away.

And that is what I, a feminist, calls a true knight in shinning armor. No sword, no testosterone-ridden, “I can do it, ye’ shall step aside!” crap.

Because of one young boy, I can now dub my bus The Knight Bus. 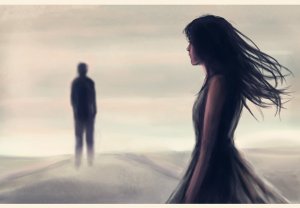 2 Comments on “The Knight Bus”